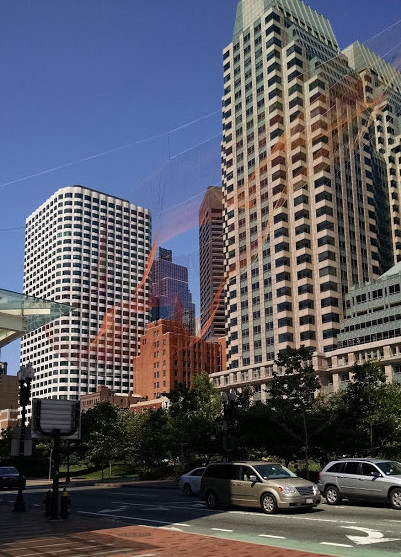 At the recent ASID Chapter Leadership Conference in Boston, Massachusetts, we were able to carve out some time from the training sessions, to visit with this modern yet historic city. A personal tour of Boston’s hip North End by a local architect and developer highlighted some of the unique structures around the area.  The Skinny House is the narrowest house in Boston, measuring a mere 10 feet at its widest point. The North End lays claim to being the city’s oldest residential community, having been continuously inhabited since it was settled in the 1630s.  Red brick tenements housed the waves of immigrants that flooded the city at the turn of the 20th Century. Built in 1723, The Old North Church, is the location from which the famous “One if by land, and two if by sea” signal is said to have been sent in Paul Revere’s midnight ride, on April 18, 1775. A histrionically Catholic Italian neighborhood, the North End of Boston is home to many elaborate pop up shrines. And of course, cannolis can be found around any street corner Mr. H says: You see a lot of things in Boston when you’re dancing in the streets-Enjoy!